Why are you passionate about Disability Pride?

My son, Tyler, was diagnosed with Autism when he was three. As a child, he had a lot of development and behavioral issues. Language was a big obstacle for him. When he entered a special program in school, his language skills improved so much that I was inspired to write a story about it. I wrote and illustrated a children’s book, Tyler’s Magic Word Box to honor the teachers and speech pathologists who help children like my son unlock their words. Tyler is 19 now and very high functioning, but he will need special accommodations to be successful at work and in society.

Additionally, my daughter, Olivia, has hip dysplasia. She’s 17. The pain from her condition limits her mobility. Olivia looks healthy, but she can’t walk long distances or run, she needs to be excused from most gym activities and uses the elevator at school. The pain will get worse as she gets older and it is likely that she will need surgery later in life. 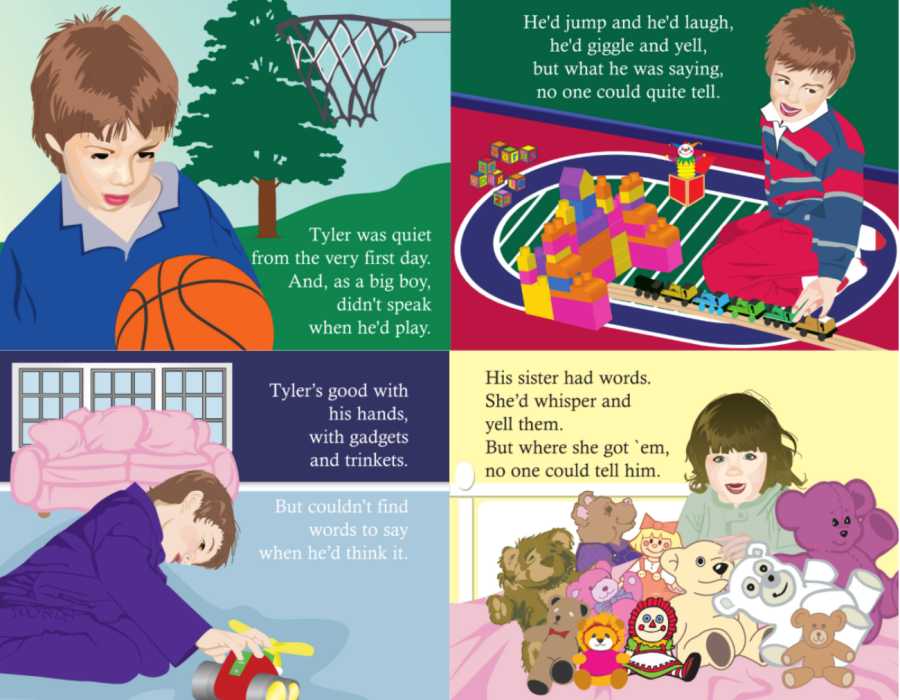 I knew nothing about this disorder until she was diagnosed last year. I’m involved in support groups now to help her, and one of the things I hear from people who suffer from this is that they wish there were more awareness and empathy.

I’ve enjoyed networking with other parents and people with disabilities throughout my journey with my kids and I’m encouraged by the support Olympus shows to its diverse population through their CANs.

Why do you think it’s important for individuals to become allies to people who have visible and invisible disabilities?

When my son was little and we told him about his “disability”, we explained that everybody is different. Some people need glasses, some people have asthma and need inhalers, some people have food allergies and need to avoid eating specific things, and some people learn differently and need support at school, like him. In essence, we did not want him to be singled out. Most people have special needs of some kind, and as a society, it’s important to remove the stigma of that. We are all individuals with different abilities. Acceptance of our differences is being an ally to the human condition.

An Ally For Those With Invisible & Visible Disabilities

A New Light Every Day