““My story doesn’t make people cry, but I hope it is interesting enough to open their eyes.”

Being diagnosed with cancer brings up a lot of emotions, especially at the initial diagnosis. Believe it or not, I missed the call from the doctor who called to give me the news of my diagnosis because I wasn’t expecting it. I was 33 and otherwise healthy.

I was home alone when I finally talked to the doctor, and I didn’t tell anyone the news for a while. It was July 2nd, and my family was getting ready for a big July 4th celebration at the cabin. I was in charge of making our float for the parade, so I had something to occupy my mind. I knew I had cancer, but I wouldn’t know how bad it was until I had surgery. So many questions kept popping up my mind: am I dreaming, why me, what if, how, now what? I work in the medical field, so I know about cancer, but it is interesting when you are personally faced with the disease — all my knowledge went out the door, and it was replaced by panic. I had a 5-year-old son. I wasn’t ready to die.

A few weeks later, I underwent a colon resection where 18 inches of my large intestine and about 20 lymph nodes were removed. Because the tumor hadn’t reached the wall of the colon, I was diagnosed at stage 1, which is not a common stage at diagnosis. It meant I was very fortunate. I didn’t need chemotherapy or radiation, just some recovery time from the surgery. Genetic testing was done on the tumor, and I also had a genomic blood profile done. Both were negative for any hereditary components that could’ve caused my colon cancer.

I decided to take the full 12 weeks FMLA available to me following my surgery. For some reason, I thought it would be a nice break. Turns out, there is a lot to deal with after having cancer. As the days went by, I had fewer and fewer visitors, phone calls, prepared meals, and just overall pampering. That is when the reality of the situation started settling in. It was only 3 weeks from the time I had first noticed blood in my stool to the time I had part of my colon removed. I never had time to process what was happening before things calmed down.

About 3 weeks post-surgery I was at home alone for the first time, and my mind was reeling. “I have cancer, or had cancer, did I survive cancer, why me, why did this happen, what if I hadn’t noticed the blood in my stool, what if I hadn’t mentioned it to my doctor, what if she hadn’t ordered a colonoscopy?” I cried for the first time since my diagnosis. The most overwhelming thought was “now what?” I spent several weeks feeling very depressed. I should have been thankful I was alive, but I couldn’t shake the feeling of sadness. I knew several people who had passed from cancer, but they were all “old.” How does someone get colon cancer at 33? I didn’t have any family history, and all of my genetic testing results were normal — meaning there wasn’t anything in my genes that could’ve caused it. I was told by my oncologist that “it just happens.” Being a Scientist, I had a really hard time accepting that as an answer.

Though I hadn't realized what it was, I knew there had to be a reason this happened to me. I didn’t know anyone else with colon cancer, especially someone under 50. I felt so alone. Then I decided it was time to stop feeling sorry for myself and time to start doing something. I had a 5-year-old son, and I wanted to do everything in my power to prevent this from happening to him. I signed up to attend a conference for colon cancer patients and caregivers in Phoenix AZ. At the time I had no idea that attending this conference would change my life.

The Road to Advocacy

I arrived in Phoenix having no idea what to expect. I pictured sitting in a room, with a bunch of older people, being bored out of my mind while they talked about their bowel habits and colonoscopy experiences. I was so nervous heading from my hotel room to day one of the conference, but when I got to the registration table, I noticed groups of younger people. I thought maybe I was in the wrong place, but all the beautiful blue lighting and decorations indicated I wasn’t. There were women and men, both younger and older. Some were in wheelchairs, with oxygen, and other signs they were currently going through chemo. Others were laughing, hugging, and looked like me — no outward signs of being a cancer patient. Being the introvert that I am, I made my way into the conference room and found the furthest table in the back corner of the room and quietly took my seat. The next 3 days were filled with personal stories, scientific research, tears, laughter, and hope for the future. It wasn’t until the last day, with only a couple hours until I had to be at the airport, that I met someone who would change my life for the better. 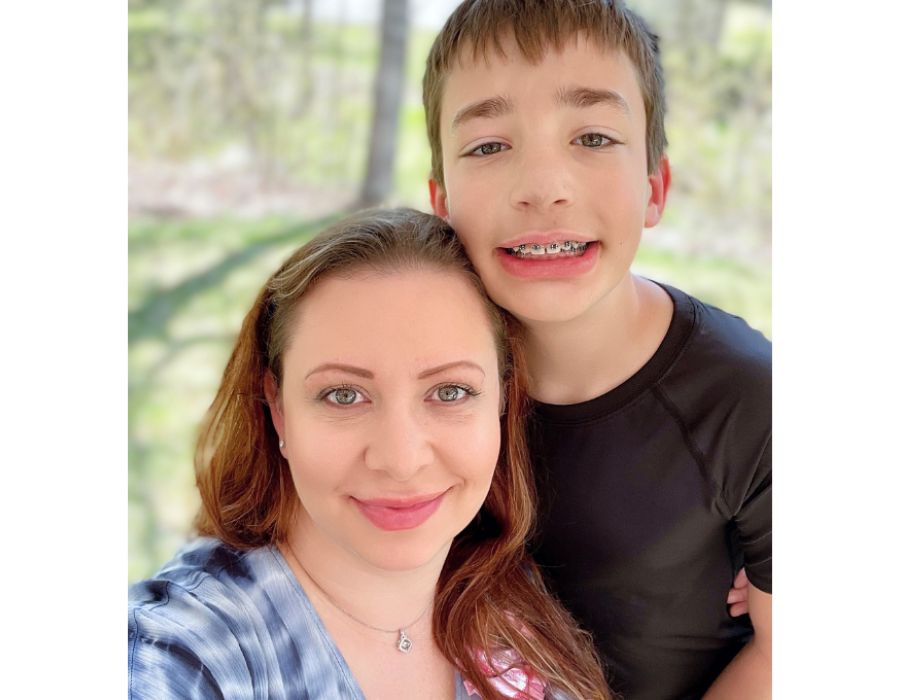 Anna Dahlgren and her son, who was 5 when she was diagnosed with colorectal cancer.

I was in the breakfast line when I heard a voice ask me if I was from Minnesota. Our name badges listed our home states. I replied yes, and just wanted to leave it at that. However, this blonde stranger had other ideas for me. She took my plate and led me to a table, up front and center. There I was introduced to several other people from MN, including herself. This blonde stranger was Sarah DeBord. She was the first one to notice me at the conference, and the first person with whom I shared my story. She listened so intently, like I was the only person in the room. After hearing stories from other survivors who were dealing with way more hardship, I felt guilty for telling my uneventful, month-long “battle” with cancer. By the time I was done, I noticed Sarah staring at me with an amazed look on her face. “You need to be an advocate,” she said. “People need to hear your story.” 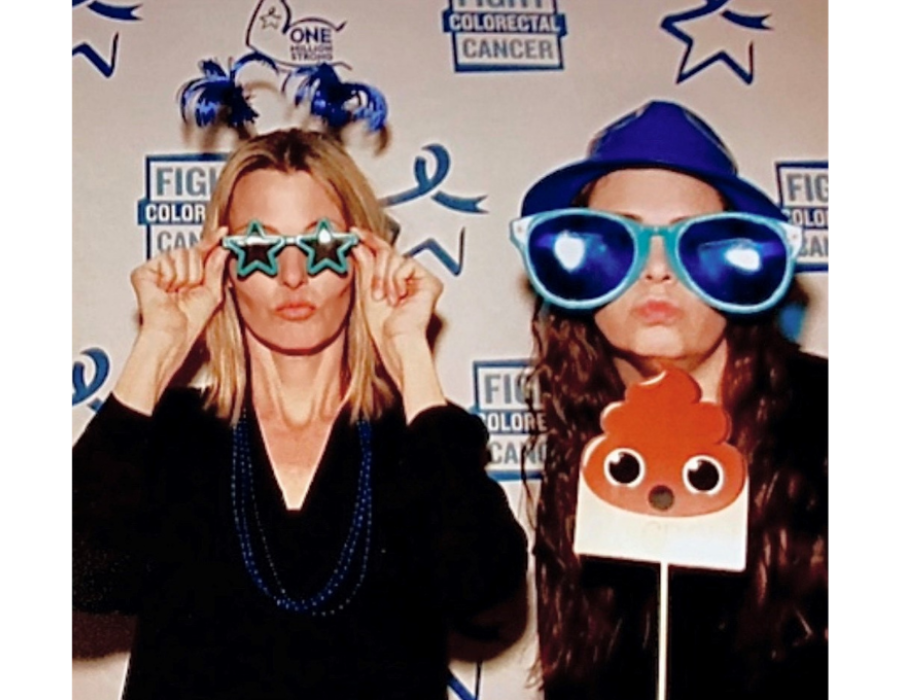 I had no idea what being an advocate meant. Once I was back home, I waited a few weeks before contacting Sarah. I was still trying to answer the “why me” question when I realized my purpose in life might be colon cancer advocacy. I was young, I knew the signs and symptoms, I talked to my doctor right away, I was diagnosed at Stage I. What if I was put on this earth to educate others that you are never too young for colon cancer? Would it help save any lives? I didn’t know all of those answers, but I had to at least try.

I contacted Sarah, and she was ecstatic that I wanted to volunteer. I let her know I was very introverted, so I didn’t know how much I could contribute, but I would help in any way I could.  My first volunteer experience was working at the registration during the Twin Cities Get Your Rear in Gear event, which is hosted by the Colon Cancer Coalition. I didn’t have to do any public speaking, so I was very content. I can handle being an advocate, it is so easy!

After getting to know Sarah better that weekend, she shared her ideas for getting my story to the public. I was terrified; she wanted me to just jump right in.  Even though the anxious part of me wanted to hide in a corner again, I couldn’t shake the feeling that this was something I had to do.  I had to face my fears, and one of the biggest fears I had was that nobody would care about my story. It wasn’t very interesting. I didn’t have chemo, radiation, multiple surgeries and scans, or blood work. I didn’t know what it was like to have scanxiety, or chemo side effects. I didn’t lose my hair or have painful sores on my hands and feet. My story didn’t tug at any heart strings. How can I stand up and talk about my story in public when I know so many others are struggling just to gain weight? “Your story is what everyone’s should be like,” Sarah said. She saw something in me that I didn’t know I had. Her words echo in my mind frequently.

It has been 7 years since I was diagnosed, and I haven’t stopped being an advocate. In fact, I am doing more now than I ever. Countless TV interviews (still not live though), magazine and news articles, photo shoots for awareness materials, videos, event hosting, PR, and published studies. The current volunteer titles I hold include: Colon Cancer Coalition – Community Event Volunteer; Colorectal Cancer Alliance Never Too Young Advisory Board - Cure Pillar Alumni co-chair; Escape to Thrive - Communications Committee co-chair, Colon Cancer Foundation - Young Leadership Board Member;  Fight Colorectal Cancer – Call on Congress Advocate; and COLONTOWN – Empowered Patient Leader. I will do anything I am offered to help educate and advocate for early screening and early-stage detection. My story doesn’t make people cry, but I hope it is interesting enough to open their eyes and know that colon cancer can be prevented and treated if it is detected at an early stage. I still get nervous anytime I am asked to tell my story, but I do it for an even bigger purpose – to honor my friends I have lost to CRC, especially Sarah. 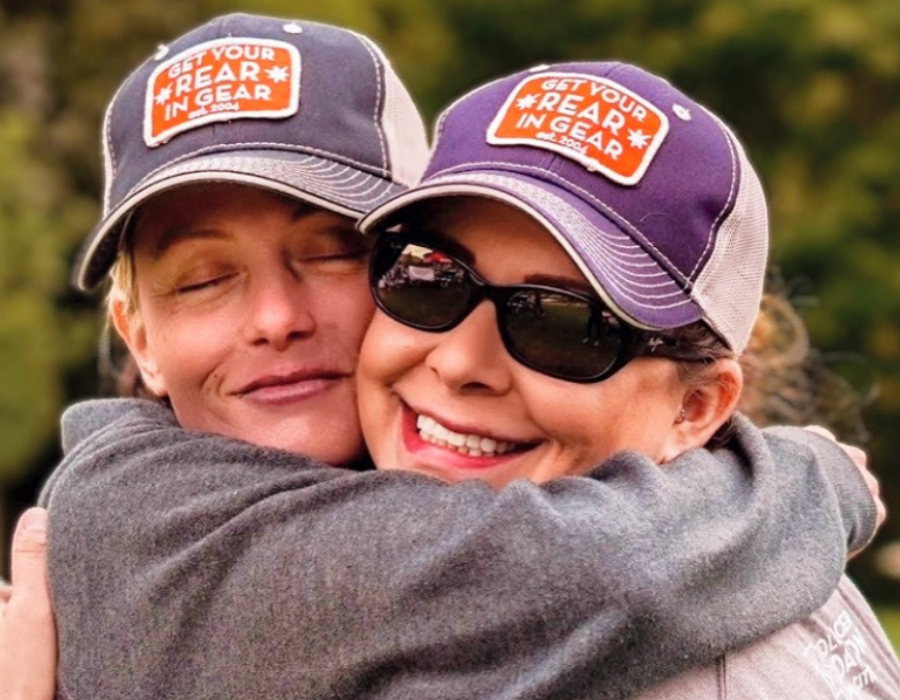 Anna (right) and her friend Sarah, who lost her fight with colorectal cancer in 2020.

Catch Prostate Problems Early By Advocating For Your Health

Key Questions to Ask Your Urologist About BPH Treatments